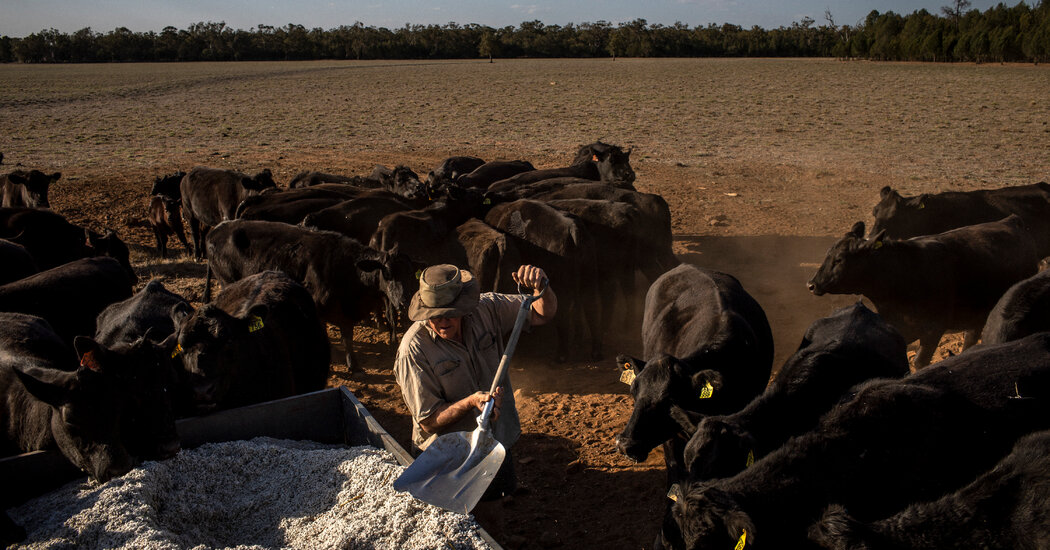 MELBOURNE, Australia — Australia’s environment and wildlife are facing even greater threats than previously acknowledged, according to a new report that the environment minister said painted a “story of crisis and decline.”

“It shows that we are in the middle of catastrophic environmental decline where we’re seeing populations of wildlife declining dramatically,” said Brendan Wintle, an ecosystem and forest sciences professor at the University of Melbourne, who was not involved in the State of the Environment report released Tuesday. “It’s very much a precursor to an extinction crisis in Australia, unless we see transformative change.”

About 200 plant and animal species have been added to the threatened species list since 2016, the report said, or had their vulnerability status upgraded. Among those moved to the endangered list: the country’s iconic koala.

Climate change, habitat loss, invasive species, pollution and mining have contributed to the problems, the report said. The document assessed the cumulative impact that years of extreme weather, including droughts and the devastating 2019-2020 summer wildfires, have had on the country.

Tanya Plibersek, the environment minister, said in a statement before the report’s release that it was “a shocking document — it tells a story of crisis and decline in Australia’s environment.”

“If we continue on the trajectory that we are on, the precious places, landscapes, animals and plants that we think of when we think of home may not be here for our kids and grandkids,” she told reporters on Tuesday.

Koalas were moved to “endangered,” from “vulnerable,” in the states of New South Wales, Queensland and the Australian Capital Territory in February. Koala populations were declining in those states because of disease and the destruction of their habitat, which was compounded by the 2019-2020 wildfires. Conservation groups estimate that 60,000 koalas were killed, injured or affected in the fires.

The greater glider, which resembles a flying squirrel and was once common in national parks, has also been moved to the endangered list, along with the pink and black gang gang cockatoo.

The State of the Environment is a large-scale survey conducted every five years by a group of independent scientists. The report, which was finished last year but not published until now, said that though many of the factors affecting the environment were the same as in previous reports, their effects have become more intense.

The 2021 report was the first to document in detail the widespread effects of climate change on animals and ecological systems, its authors told local news media.

“Climate change in the form of more severe drought, extreme weather events, fire and habitat modification is becoming a new driver for habitat change and species loss,” the report said.

The fires of 2019 and 2020 increased the extinction risk of many plants and animals, including many that were already endangered, it said. Extreme heat played a role in mass fish die-offs, when over a million were found dead in rivers.

The report said that climate change continues to warm and acidify the ocean, and several marine heat waves on the Great Barrier Reef, along the country’s northeast coast, were accompanied by significant coral bleaching events. Conditions on the inner reef were “approaching a tipping point” that would cause the decline of juvenile coral.

The report also found that there is insufficient investment and a lack of coordination between authorities to address the growing impact of threats to the environment. Government spending on maintaining biodiversity has dropped as risks have increased, it said.