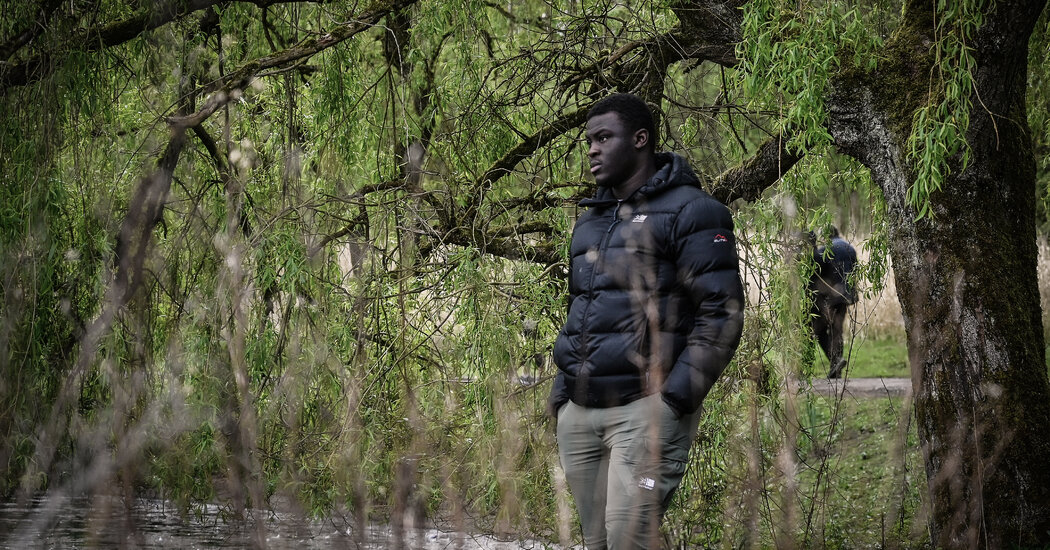 To stave off his exhaustion and trepidation, Mr. Adedeji began doodling in court. In one drawing, he sketched himself hanging from a rope while wearing a suit with “not guilty” scribbled over it.

“It’s hard to hear what they’re saying about me,” he said one day after court. Sending the Telegram messages, he acknowledged, was a mistake. “I think the prosecutors are forgetting that we were all kids when this happened, and kids make mistakes.”

Tell Us About ‘Biggie Small’

Mr. Adedeji looked small in the witness box last April as he testified in his own defense.

He emphatically denied being in a gang. He cried while recalling Mr. Soyoye’s death. He said that he had joined the Telegram chat because he thought that his friends were organizing a memorial. He did not know who had killed his friend when he joined the chat three days after the killing, he said. He acknowledged being angry but denied plotting revenge.

Then Mr. Smith, the junior prosecutor, began his cross-examination.

Mr. Smith brought up the contested meaning of Mr. Oni’s call to “touch something.” Mr. Oni had said that the word suggested “any form of violence.” Mr. Adedeji said that he understood “touch” meant to stab. But he denied sharing that intention.

“I sent a postcode,” he said. “I never said I meant to go and kill someone.”

During the cross-examination, it seemed that the prosecutors barely understood the hip-hop lifestyle they were putting on trial. That was especially apparent when Mr. Smith questioned Mr. Adedeji about an online conversation that came after Mr. Soyoye’s killing but that predated the Telegram chat.

Mr. Adedeji had been frustrated as teenagers mocked his friend’s death online. One night, he confronted someone called “Prince Abu” on Snapchat for posting a disparaging video about Mr. Soyoye.