‘Putin’s War Must Be a Strategic Failure,’ Biden Says in Israel 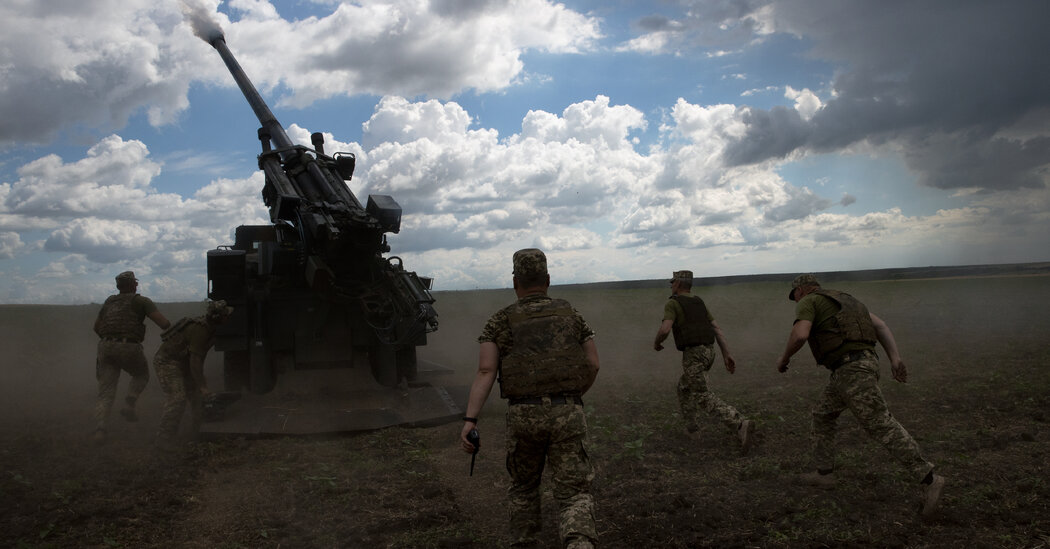 JERUSALEM — President Biden restated his determination that Russia fail in its Ukraine ambitions, speaking on Thursday during a four-day visit to Israel and Saudi Arabia in which he and other leaders discussed the international response to the war and the global grain shortage it has exacerbated.

“Putin’s assault on Ukraine is a challenge to the peace and stability everywhere in the world,” Mr. Biden said at a news conference in Jerusalem after meeting with Prime Minister Yair Lapid of Israel. “Putin’s war must be a strategic failure.”

“The free world must sustain a resolve to help Ukraine defend its democracy,” Mr. Biden said, adding that “the United States will continue to support Ukraine and the Ukrainian people who have been devastated and displaced by the Russian violence.”

Ukraine policy has been a point of friction between Israel and the United States. Israel has been wary of being too critical of Russia, lest it provoke Moscow into causing problems for Israeli military strategy in the Middle East. And that caution has occasionally set off U.S. criticism.

Israel has expressed repeated support for Ukraine, whose president, Volodymyr Zelensky, is Jewish. It has sent humanitarian aid, pledged to send protective equipment, set up a field hospital in western Ukraine and voted to suspend Russia from the United Nations Human Rights Council.

But it has not sent weapons or enforced formal sanctions on Russian oligarchs.

Naftali Bennett, who was Israel’s prime minister for most of the time since the war began in late February, generally avoided direct criticism of Russia. He pointedly left condemnations of the Kremlin to his foreign minister, Yair Lapid, who succeeded him as prime minister this month.

Israel has portrayed that delicate balancing act as an attempt to allow Israel to mediate between the two sides, to avoid exposing Jews in both Russia and Ukraine to antisemitic attacks, and to maintain its delicate relationship with the Russian military in Syria.

For much of the past decade, the Israeli Air Force has struck military targets in Syria without interference, trying to stem the flow of arms that Iran sends to its proxies in Syria and Lebanon.

But Russia also maintains a significant military presence in Syria, and Israel needs Moscow’s blessing to continue to operate there with ease.