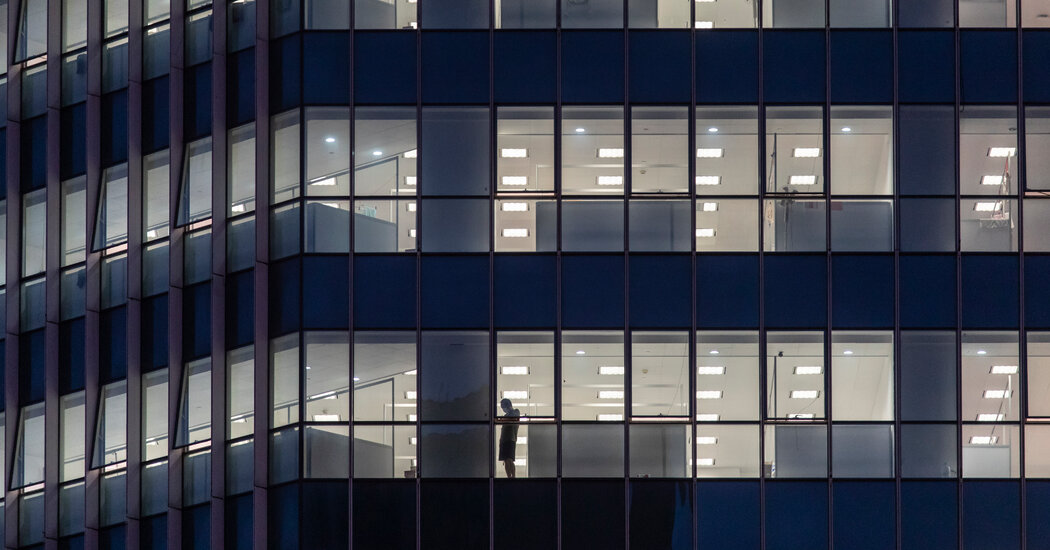 BEIJING — June, for Shanghai, was supposed to be a time of triumph. After two months of strict lockdown, the authorities had declared the city’s recent coronavirus outbreak under control. Businesses and restaurants were finally reopening. State media trumpeted a return to normalcy, and on the first night of release, people milled in the streets, shouting, “Freedom!”

Julie Geng, a 25-year-old investment analyst in the city, could not bring herself to join. “I don’t think there’s anything worth celebrating,” she said. She had spent part of April confined in a centralized quarantine facility after testing positive and the feeling of powerlessness was still fresh.

“I feel there is no basic guarantee in life, and so much could change overnight,” she said. “It makes me feel very fragile.”

The lockdown had plunged Shanghai into chaos and suffering. Sealed in their homes, residents were unable to buy food, denied medical care or separated from their children. Social media overflowed with their fury and desperation. Now the worst is ostensibly over. But in this city of 25 million, many are just beginning to take stock of what they endured, what they lost and what they expect from the future.

Some residents are confronting the precarity of rights they once took for granted: to buy food and to expect privacy in their own homes. Some are grieving relationships that fractured under the stresses of lockdown. Many people remain anxious about the weeks they went without pay or whether their businesses will survive.

Hanging over it all is a broader inability to put the ordeal fully behind them, as China still holds to its goal of eliminating the virus. The authorities announced recently that every district in the city would briefly lock down each weekend until the end of July for mass testing.

“We are seeing a lot of symptoms of post-traumatic stress, though many people may not recognize them,” said Chen Jiejun, a Shanghai psychologist. Some people felt chest pain, or could not focus at work, she said.

“How do you go from this trust that has been broken, and rebuild it in a way that will allow you to feel stable and safe again?”

Health officials worldwide have warned of the pandemic’s toll on mental well-being. Anxiety and depression increased 25 percent globally in the first year of the outbreak, according to the World Health Organization.

But China’s epidemic controls are singularly restrictive, with locked down residents sometimes physically sealed in their homes, unable to receive emergency medical care. Prescriptions, including for mental health conditions, went unfilled. People infected with the virus were sent to hastily constructed makeshift hospitals, some of which lacked showers or were brightly lit at all hours.

The apparent arbitrariness of admission or discharge policies fed feelings of helplessness; some people were sent to the facilities in the middle of the night, or unable to leave despite testing negative. Others said that officials entered their homes with disinfectant while they were away and damaged their property.

Ms. Geng, the investment analyst, was ordered to a makeshift hospital after testing positive. She refused, citing her diagnosis of a mood disorder, she said; eventually, officials sent her to a quarantine hotel instead. Still, she was shaken by her lack of control.

“People who test positive are dehumanized, treated as animals,” she said.

During the lockdown, calls to mental health hotlines in Shanghai surged. Queries from the city for psychological counseling, on the search engine Baidu, more than tripled from a year ago. One survey of city residents found 40 percent at risk of depression. When restrictions in some neighborhoods loosened slightly in late April, more than 1,000 people lined up outside the Shanghai Mental Health Center one morning.

At a government news conference in May, Chen Jun, the chief physician at the Shanghai Mental Health Center, said anxiety, fear and depression were inevitable under an extended lockdown. For most people the feelings would be temporary, he said.

But other experts have warned that the effects will be long-lasting. An editorial this month in the medical journal The Lancet said the “shadow of mental ill-health” would linger over China’s culture and economy “for years to come.” It continued: “The Chinese government must act immediately if it is to heal the wound its extreme policies have inflicted.”

The long-term fallout of the containment policies was already becoming clear in the inquiries that Xu Xinyue, a psychologist, received in recent weeks.

When the pandemic began two years ago, said Ms. Xu, who volunteers for a national counseling hotline, many callers were scared of the virus itself. But recent callers from Shanghai had been more concerned with the secondary effects of China’s controls — parents anxious about the consequences of prolonged online schooling, or young professionals worried about paying their mortgages, after the lockdown pummeled Shanghai’s job market.

Others were questioning why they had worked so hard in the first place, having seen how money could not ensure their comfort or safety during lockdown. They were now saving less and spending more on food and other tangible objects that could bring a sense of security, Ms. Xu said.

“Money has lost its original value,” she said. “This has upended the way they always thought, leaving them a bit lost.”

The lockdown also transformed interpersonal relationships. Under Shanghai’s policies, just one confirmed case could lead to tighter controls on an entire building or neighborhood. Some residents who fell ill said they were shamed in their housing complexes’ group chats.

Before the lockdown, Sandy Bai, a 48-year-old resident, considered her next-door neighbor a friend. They swapped eggs when the other was short and asked after each other’s parents. But one day after the city shut down, Ms. Bai returned from walking her dog — technically not allowed, but she had slipped out because her dog was sick — to find that her neighbor had reported her to the police, she said.

“She really destroyed the trust I had in her,” Ms. Bai said. “There’s nothing you can do, you’ll never convince the other person, and you just learn to take some distance.”

Interactions between strangers also seem to point to a frayed social fabric. After officials at one testing site told residents they could not be tested — and therefore could not move freely about the city — a resident smashed a table and injured a worker.

Li Houchen, a blogger and podcaster, compared Shanghai residents to easily startled birds, on edge because they had exhausted their ability to cope with stress.

“There is also a tense feeling on the newly reopened streets and in people’s behavior, that at any moment you could be watched, interfered with, interrupted or driven away,” he wrote in an essay widely shared on WeChat.

There are few avenues for release of that tension. In addition to limited resources for mental health — national medical insurance does not cover counseling — censors have erased many critical social media posts from the lockdown. State media has glossed over residents’ residual anger and fear, encouraging “positive energy” and holding Shanghai up as yet another example of the success of the zero Covid strategy.

The absence of any collective reckoning or grieving has stung even those who have felt largely able to return to their pre-lockdown lives.

Anna Qin, an education consultant in her 20s, has started going to the office and the gym again. She walks and bicycles around the city, delighting in feeling her feet on the pavement.

But the fact that such mundane things now feel so special is just a reminder of how much the city was forced to sacrifice.

“We’re glad it’s opening up again, but also there’s no acknowledgment of what we went through,” she said.

“Now it’s closed, now it’s open, and we have no control. And now we’re supposed to be happy.”